Each mode has a unique collection of flat and sharp accidentals relative to ionian that define that mode.  This concept was explored in the accidental abacus where we also saw that remaining diatonic required a very specific perfect fifth key center change, a jump.  In an accidental network, these jumps are modeled as arrows that connect modes to form chains of modes or networks.  And while there is a mathematical foundation to the accidental network (which can be explored at www.chromaticgrouptheory.com), for orijikan it is enough to associate an accidental network with its visualization:

To start, lets consider what a key change would look like from C to G

Now consider the transition from C ionian to C mxyolydian; it only involves a flattening the seventh degree (an operation we will annotate as b7 from now on).  As an accidental network, this looks like

If we now wish to transition from C ionian to G myxolydian and thus remain diatonic, the accidental network would look like this

diagram
Notice that there is no link connecting D dorian with C ionian thus making this an open network.  The links in an open network will always be accidental jumps and thus correspond to perfect fifth key change movements.  Open networks seem to be only useful for theoretical discussion and pedagogy given that the two most important structures in music theory, the scale and the circle of fifths, both have their last mode connecting with their first, i.e. closed.

There are two types of closed networks: rings and wheels.  In each case, the last mode has a link that connects it to the first mode.  The difference lay in the type of links and modes allowed.  In a ring, we only use diatonic sets of  modes but allow the links to represent any intervals.  In a wheel, we use only non-diatonic sets of modes but the links must be exclusively accidental jumps.  Let us examine several examples to better understand the different networks.  Notice that by this definition, the basic construct of the accidental network, two modes connected by one lin 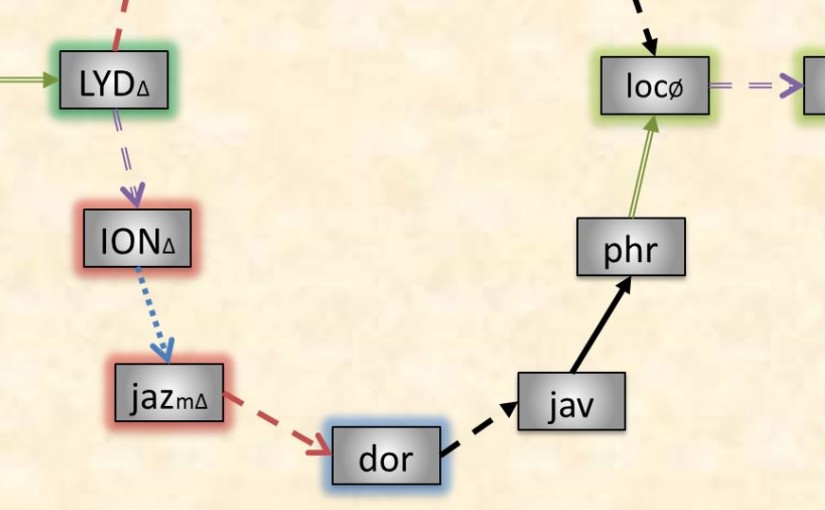 While the notion of a jump is universal and merely refers to a generic musical interval, when we combine the fact that any accidental movement also corresponds to a key change jump, then we arrive at the concept of the accidental jump.

There is nothing particularly unique about these major studies… they are merely diatonic chords in ascending and descending fifths.  However, many if not all of the patterns of music such as these are already present in the major scale and thus the major network.  As such, this study could represent a “diatonic harmonic template” insofar as it gives the listener a reference to what movements in fifths (jumps) sound like.  As well, the idea of going one direction and then another and in choosing closed “orbits” within the accidental network will be incorporated in all future studies. 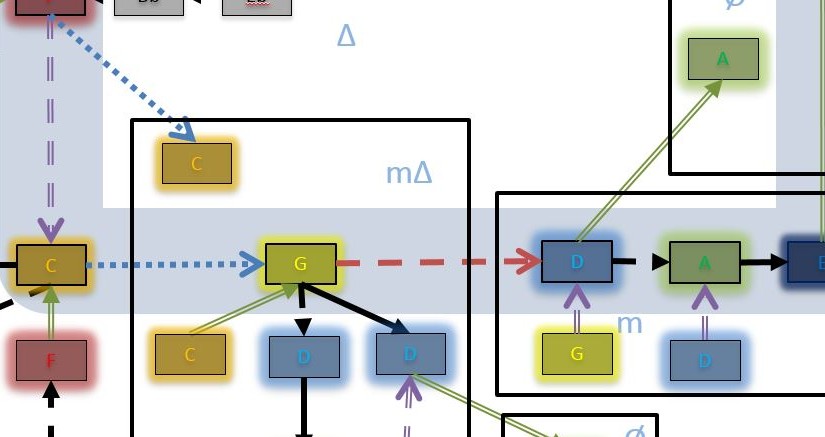 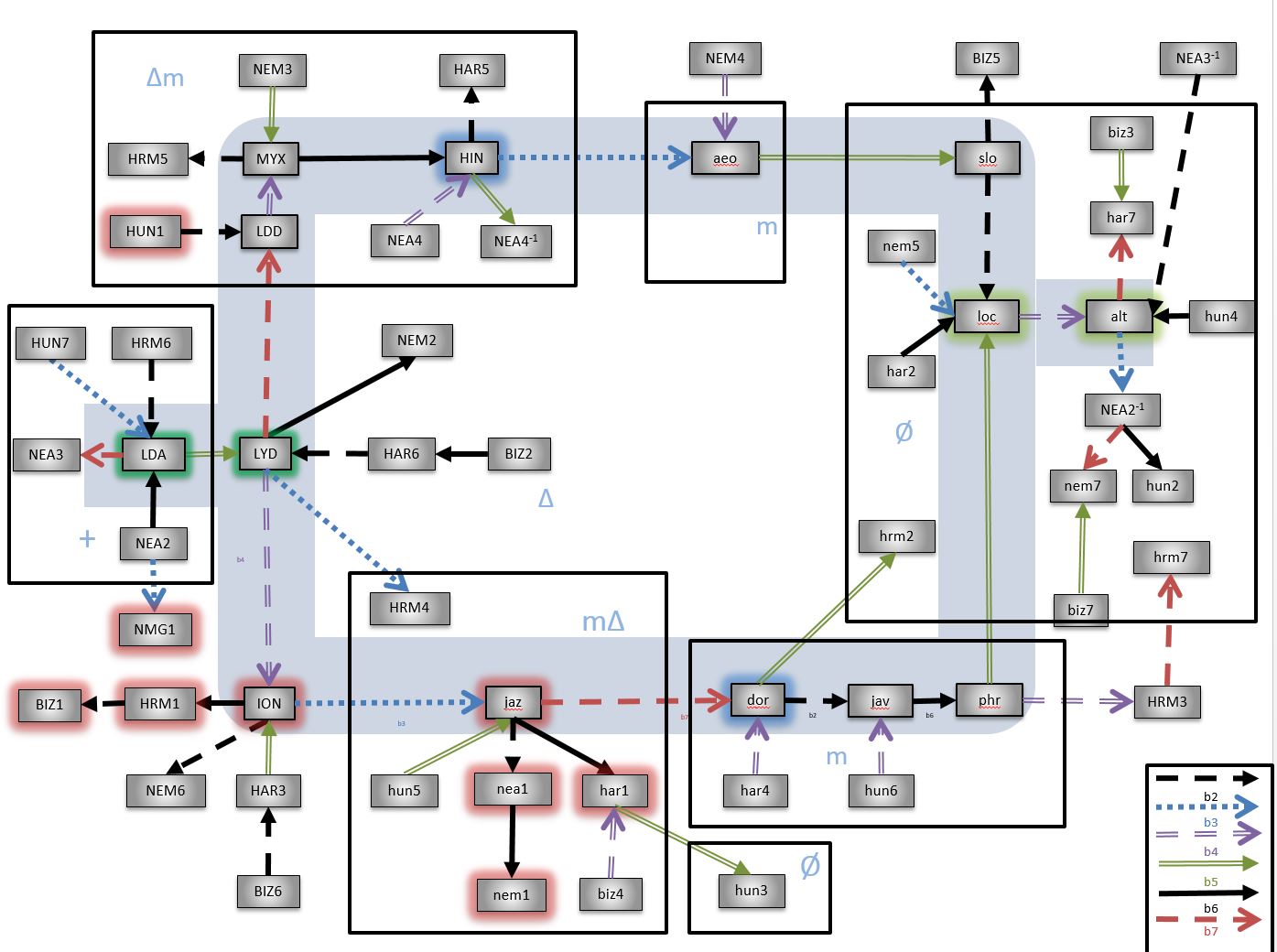 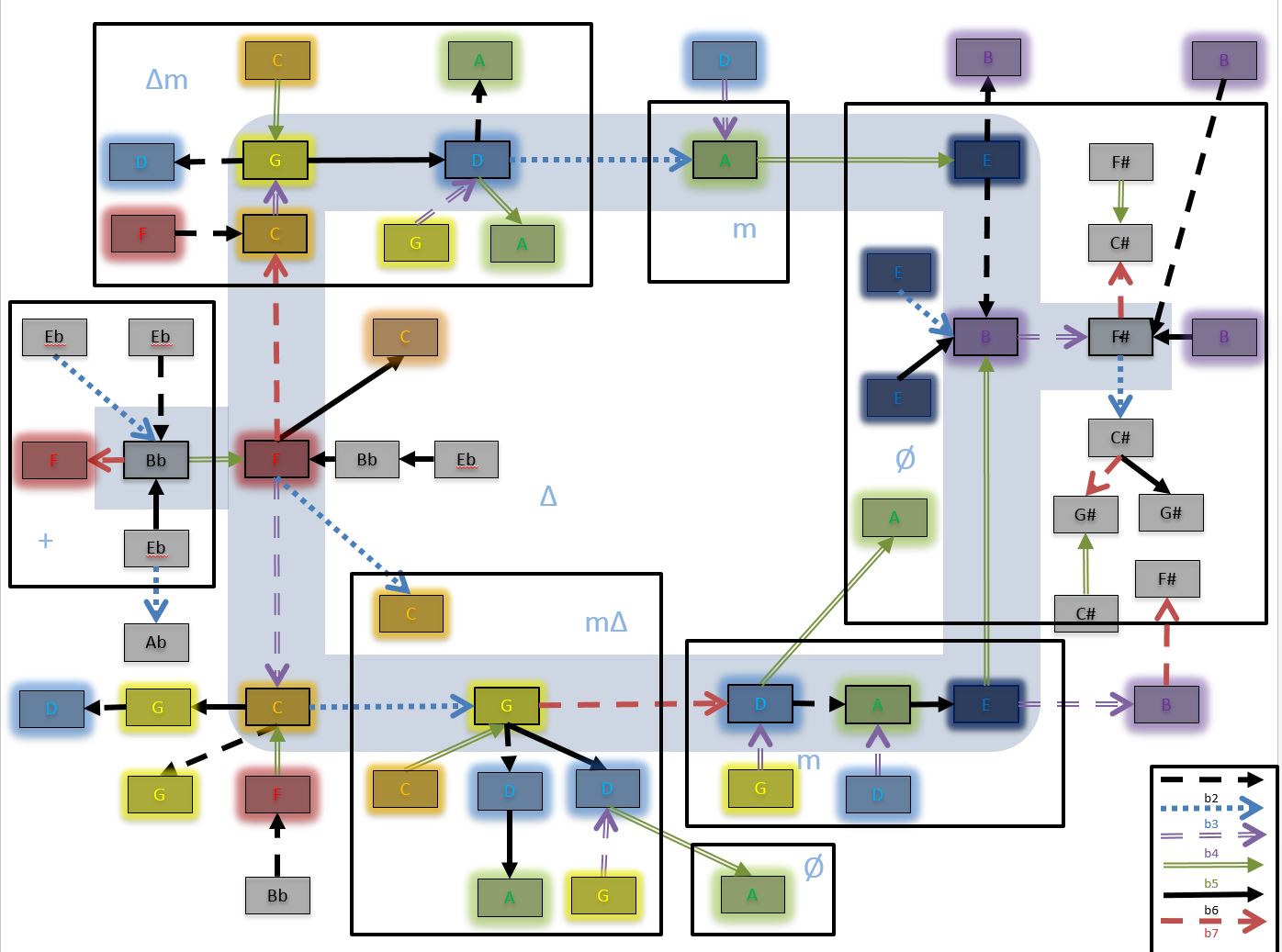 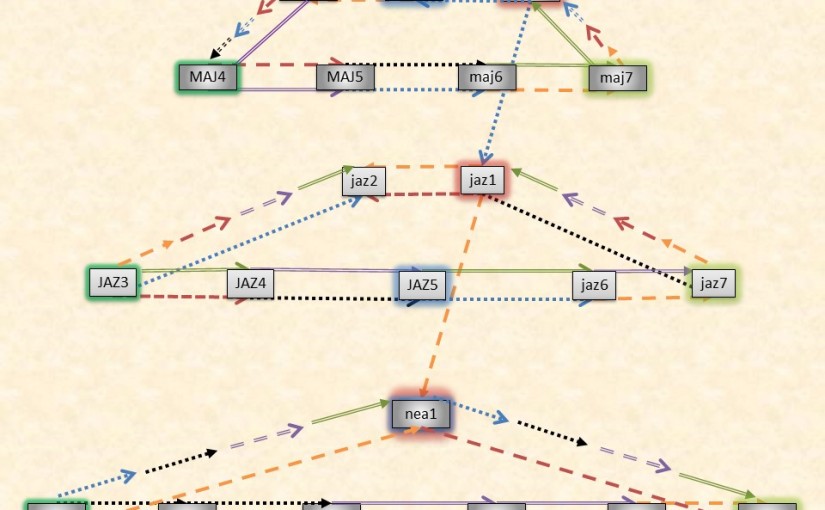 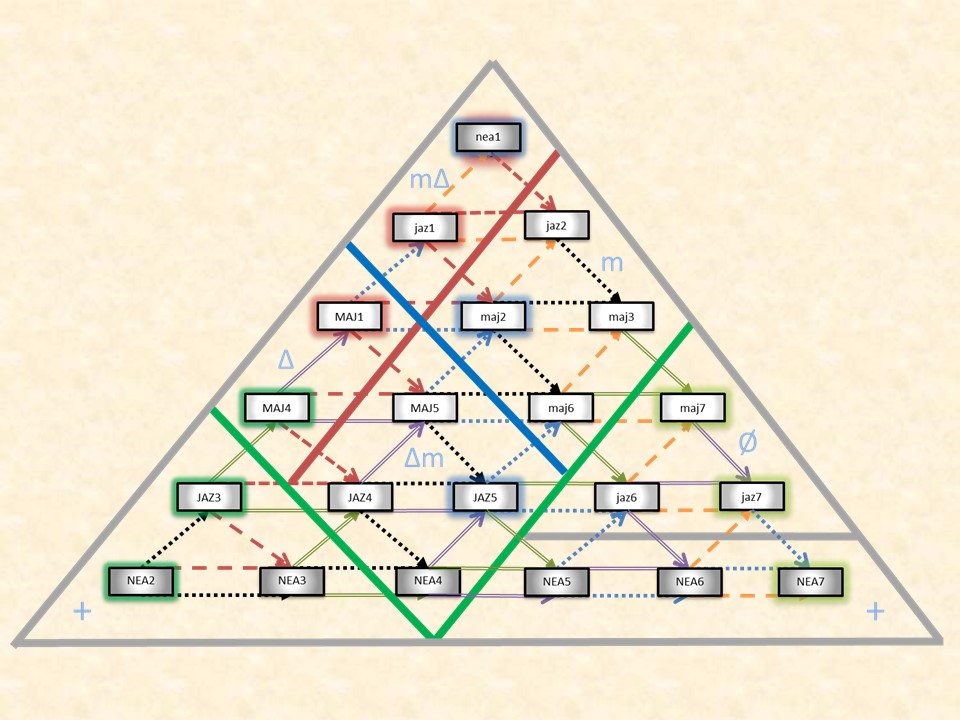